Mexico City – what we did not know before coming to town

Mexico City is located at an altitude of 2250 m and staying at that altitude can cause insomnia, dizziness, nausea and other discomfort.

On return from Chichen Itza, next to Milica set a girl, from (whait for it) Serbia, who was thrilled to hear Serbian after 10 days of her stay in Mexico. We were thrilled, as well. Irena has already visited Mexico City, so she gave us some tips and tricks. She told us that the altitude made her vomit and so on, and recommended us to buy some drugs in case something similar happens to us. We were thankful to  Irena, but we did not need drugs, after all. Mexico City is located at an altitude of 2250m and stay at that altitude can cause insomnia, dizziness, nausea. Comparatively, Belgrade is 117 m above sea level.

Mexicans are constantly shouting to girls/ women on the street, who have not been buttoned up to the neck.

Prior to travel, “Cuba, Mexico, New York,” we are quite well informed about the city, the number of kidnaps, the percentage of rapes in the subway, but no one informed us that Mexicans are constantly shouting to women on the street who have not been completely dressed up. If you show up in short skirt or shorts, be prepared for constant shouting. Although, it is hellish hot outside, Mexican girls are quite dressed. We can say that this is because they are the second largest Catholic country.

Armed policemen in flak jacket are standing at the entrance of bars, restaurants, cafes.

We should not be surprised to see armed police officers in bulletproof west at the entrance to a bar, a restaurant in critical parts of the city. Compared with them, our guys at the entrance seem funny.

Two things are very scary – the number of poor people, begging in the street and a large number of images of people who have disappeared.

We used the metro and buses. Two things are very scary – the number of people begging and a large number of images of people who have disappeared. Really too many people not familiar to public where they are or what happened to them. When you enter the Paseo de la Reforma from Chapultepec Park, you will see a large number of names engraved in concrete: the names of persons, year of birth, and when you realize that another year that is graved is  year of disappearance, you freeze to death. 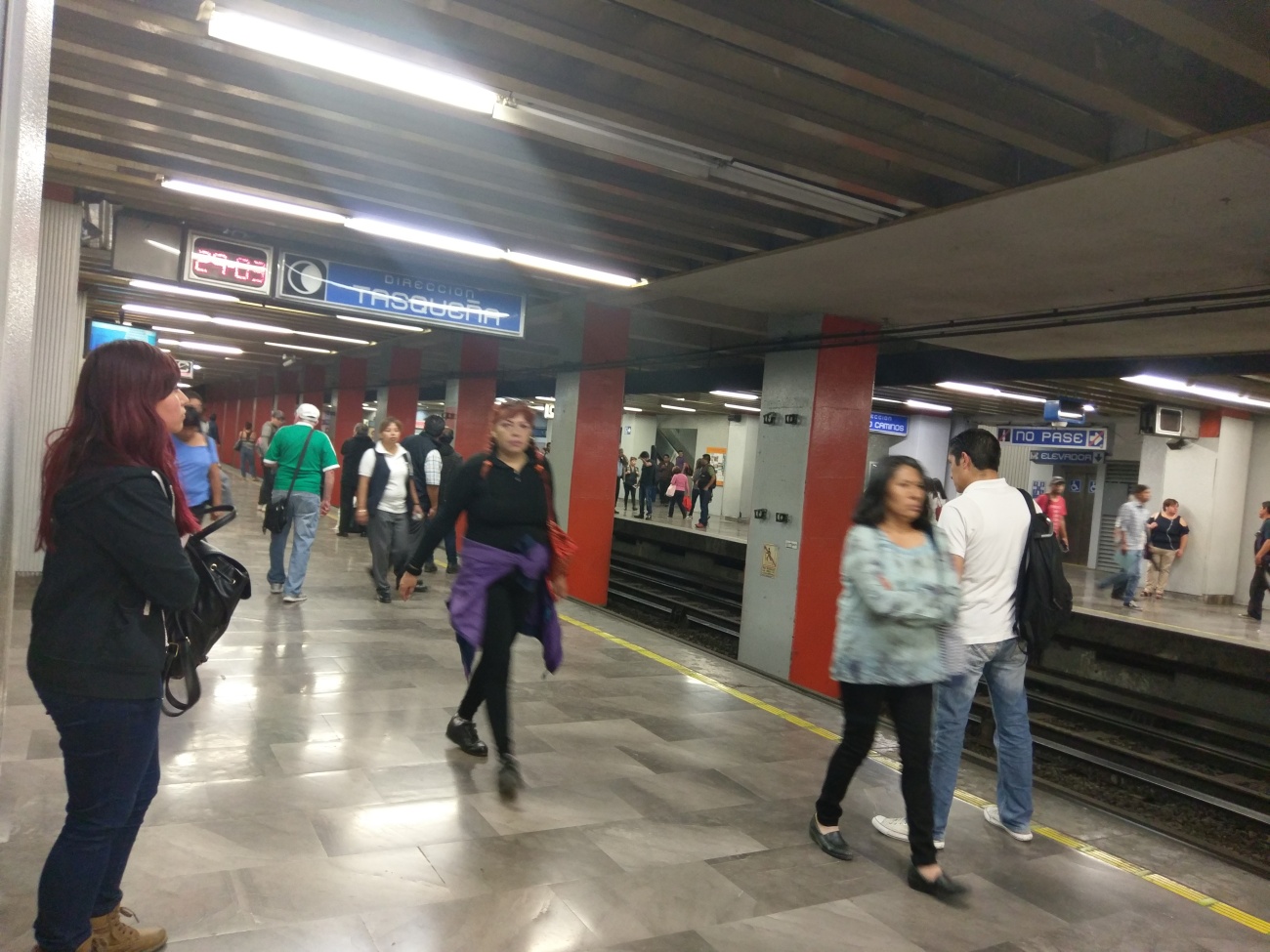 In McDonald’s, Mexicans serve all spicy sauces in addition to ketchup and mayonnaise.

When you enter the McDonald’s to order something to bite and realize that there are all the sauces that go with Mexican specialties, free of charge and million of them. 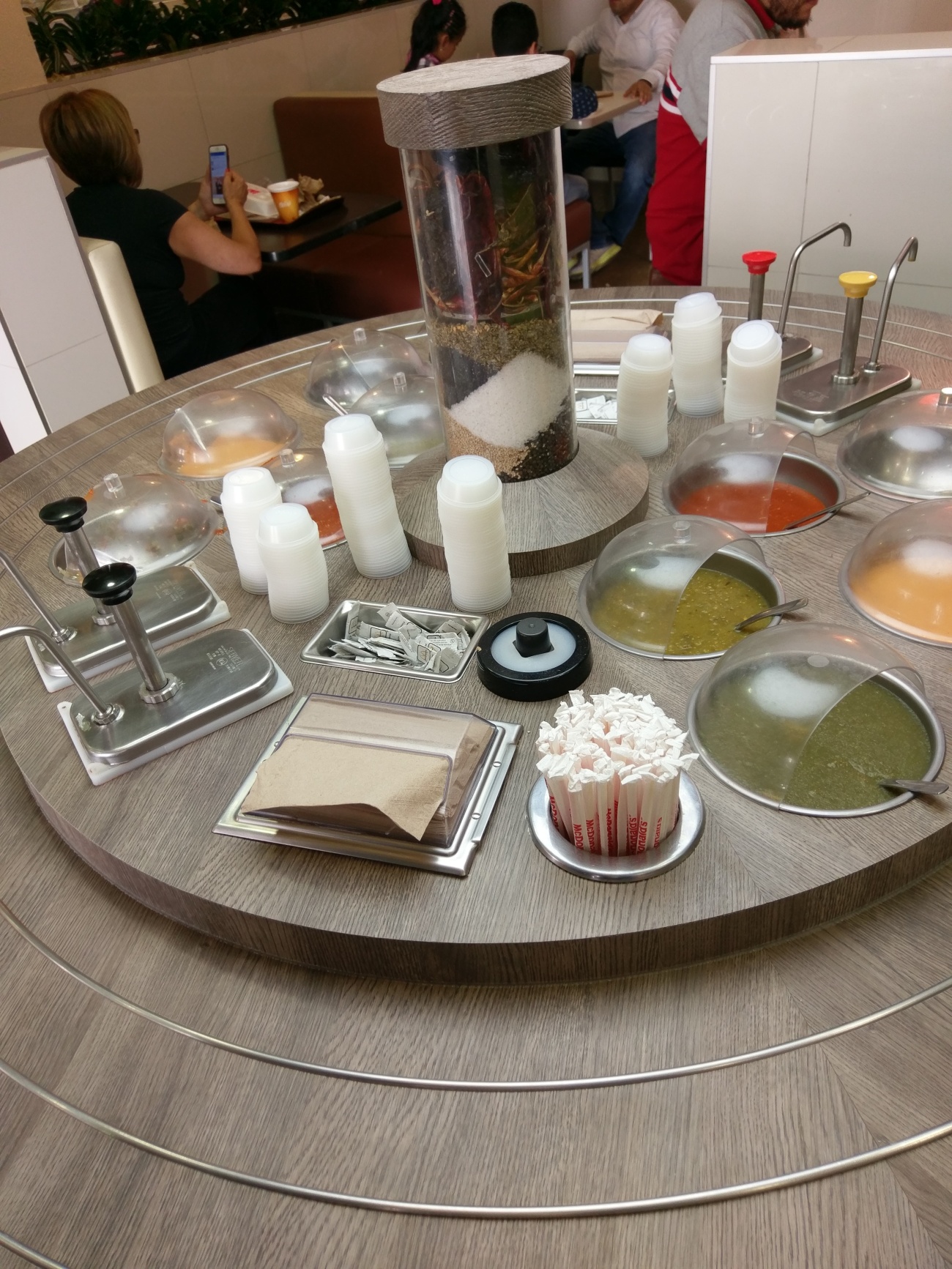 The specialty of Mexico City are grass hoppers, which you can dip in guacamole sauce.

Irena has also said to us not to skip this specialty. Vlada had the opportunity to try different types of bugs in Thailand. The two of us ate roundworms and nothing here was terrible. On the contrary. We ate grasshoppers wrapped in a tortilla with guacamole sauce and you can find pins in your teeth later, but this is the worst thing that can happen to you.

The cult of the dead

Traditions started from Pagan Aztecs. Mexicans celebrate Day of the Dead for three days (Dia de los Muertos), starting from 31.10. to 2.11. How strong is the cult in all parts of Mexico, you will realize when you see the large number of souvenirs in the form of skulls. Sombrero is not even sold in such quantities, as a decorated skull is.

The advertising of optical stores is mostly invested in

Too many people on the streets want to convince you to enter the optical shop in front of which they stand. There is abnormally large number of optical stores in one city. There are a million of them, and the same number of people who give you flyers for them. Do you really need the Mexican glasses and lenses?!

The best souvenir from Mexico City is a Habanera

Habanera has nothing to do with the song of Zeljko Joksimovic. I do not know which Habanera Zeljko thought of, but I am talking about the hottest pepper in the world. We took it as a souvenir for our families and all of them have said that it is something the most spacy they have tried in their lives. Even a smallest bite makes you hear buzzing in your ears, sweating and your tong becomes numb.

You will be well prepared for a trip to Mexico and visit the capital after reading this post. Well, I had someone to break the ice 😀

In the next post, I will advise you what to visit in the third most popular city.

All photos by: Danica, Vlada